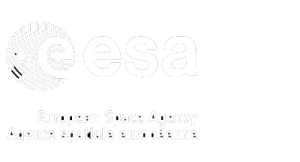 Engineering pioneer Vert has embarked on the second stage of a cutting-edge research project with the European Space Agency (ESA) following successful completion of the initial phase of testing.

Under a programme of and funded by the ESA, the patented Conical Rotary Compressor (CRC) technology from Vert is being put through its paces as a pump for rocket propellant. The aim of the programme is to reduce weight and improve efficiency, thus allowing rockets to travel faster and further.

The Scottish company signed an initial contract with the ESA in October 2018 to undertake a range of work to determine whether the conical rotary compressor technology can be adapted to suit the demands of space operations. That involved laboratory testing at Vert’s compressor design centre on the southern edge of Edinburgh, as well as work at the ESA’s testing facilities in the Netherlands.

David Noake, head of design at Vert, said the next stage of the project will go into further depth to see how the materials used to make the compressor work, in combination with different propellants.

“It is a new and different application of our technology,” David explained. “We have been commercially developing the CRC for air compression and gas compression, so to use it as a pump means there are a different set of parameters for its operation.

“Space is quite a tough sector to get into because of the need for high quality assurances – your technology has to go through extremely rigorous testing before it will be approved for use in space.

“Sending systems into space takes a long time and is quite expensive. A company of our size is not able to do that on its own, so being part of this ESA programme is a fantastic opportunity.”

Vert was set up in 2013 to develop the pioneering conical rotary compressor technology, one of the biggest innovations in the compressed air industry for over 40 years. The technology is capable of continuous operation producing low noise and high pressure in a single stage.

The technology has previously been used as a prototype satellite cooling system produced in conjunction with the Ministry of Defence’s Centre for Defence Enterprise. The project led to the start of the partnership with ESA in 2017.

For the latest Vert news follow our LinkedIn page

THE HERALD: Edinburgh manufacturing expert reckons we live in an ‘over-managed world’

THE SCOTSMAN: Change at top as Edinburgh’s Vert Rotors enters next phase

THE ENGINEER: How new technology could have a positive impact on hearing and wellbeing in the workplace